In the morning, you will be picked up from Çardak Airport and tour will begin. Pamukkale, listed as a World Heritage Sides by UNESCO. The white beauty of Pamukkale has happened after warm tears of nature, as if the beauty of white pearl on Cleaopatra’s chest has been the inspiration for these art work of nature. This unique calcium terraces and pools with hot spring water will amaze you as you walk barefoot on the vast white beauty.
Hireapolis, “Holy City” or “Hierapolis” evangelized by Paul and Epaphras. Also the Apostle Philip lived and burried here. We visit Odeon, Roman Baths, and Theatre.
In the end of the tour, you will be transferred your hotel. You stay overnight in Pamukkale.

In the morning, we pick you up your hotel. And, we go to Ephesus. Ephesus, was the second largest city in the Roman Empire over 250.000 people in the 1st BC. Ranking only behind Rome it was the second largest city in the world. Ephesus was also a harbour city. And, this giant city was built only with marbel. Did you know Ephesus had a largest amphitheater in the ancient world over 25.000 seats? Also see Goddess Nike, Local pharmacy, Hadrian Gate, Library of Celcius (the third largest library), Marbel Street and Harbour Street.
Temple of Artemis or Artemision, also known as the Temple of Diana, was a Greek Temple dedicated to the goddess Artemis. It was located in Ephesus and it was one the seven wonders of the world.
The House of Virgin Mary, is a place where according to the beliefs of many people Mary, the mother of Jesus, spent her last years of her life. She was supposed to arrive at Ephesus together with St. John and lived there in the years 37-45 CE until her Assumption or Dormition.
The Isabey Mosque, constructed in 1374 – 1375, is one of the oldest and most impressive works of architectural art remaining from the Anatolian Beyliks. The mosque is stuated in outskirts of the Ayasuluk Hills at Selcuk – Ephesus.
In the end of the tour, you will be transferred İzmir Adb Airport. 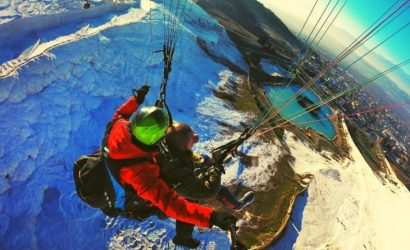