In the southwestern interior of Turkey, you will find the unique and very interesting natural phenomenon Pamukkale in the valley of the Curuksu River. Here for centuries, a stream of warm calcareous water has flowed down a slope via a large number of terraces. The origin of these beautiful limestone terraces is due to a volcanic phenomenon more than two million years ago. Due to an expansion phase west of Anatolia, a large number of mountains formed, causing large fractures in the earth’s crust. This made the area prone to earthquakes. These fractures allowed rainwater to flow into the mountain, ending up in the underground caverns, on a thick layer of limestone. This has created a unique image, beautiful limestone terraces through which calcareous water runs. Over the years, these streams of lime and carbon dioxide have given the hill the appearance of a gigantic white petrified waterfall.

When is the best time to visit Pamukkale?

The best time to visit the Pamukkale springs in Turkey is from September till May to see Pamukkale in her most beautiful way, in the summer the white cinder terraces are often blackened by tourists. The natural phenomenon has been increasingly affected by tourists and for that reason, certain parts are closed to the public. So you’d better bathe in the Cleopatra Pool or the natural Pools of Karahayit with her red thermal water of 45 C. Combine a trip to Pamukkale, Hierapolis with a visit to Karahayit and Laodikeia.

What are the remains of Laodikeia near Pamukkale?

During a tour of Pamukkale, there are many other sights to discover. About 10 km south of Hierapolis and only a fifteen-minute drive from Pamukkale is the historic city of Laodikeia. The place was once called Diospolis, which means “city of Zeus”, but in the third century BC, the name was changed to Laodikeia, after the name of the wife of Antiochus. The city was often destroyed and rebuilt over the centuries. You can now visit historic remains, including a theater and the main street.

Where else in the world do we find the same limestone terraces as Pamukkale?

Did you know that the same kind of limestone terraces can still be found in two places in the world – one of which is even in Europe? The most famous park is Yellowstone in America with its limestone deposits, and in Hungary is Egerszalók, an area of ​​limestone deposits and healing waters. 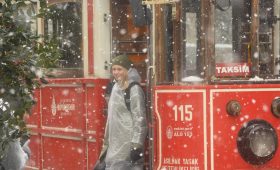 Why should you make a Turkish Winter Holiday? 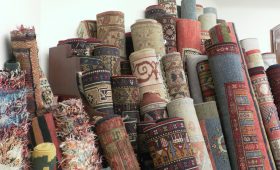 What is the story behind the Famous Turkish Carpets? 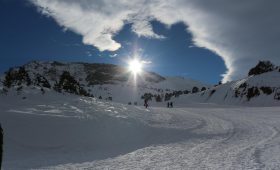 Which sports or adventurous holiday can you do in Turkey?