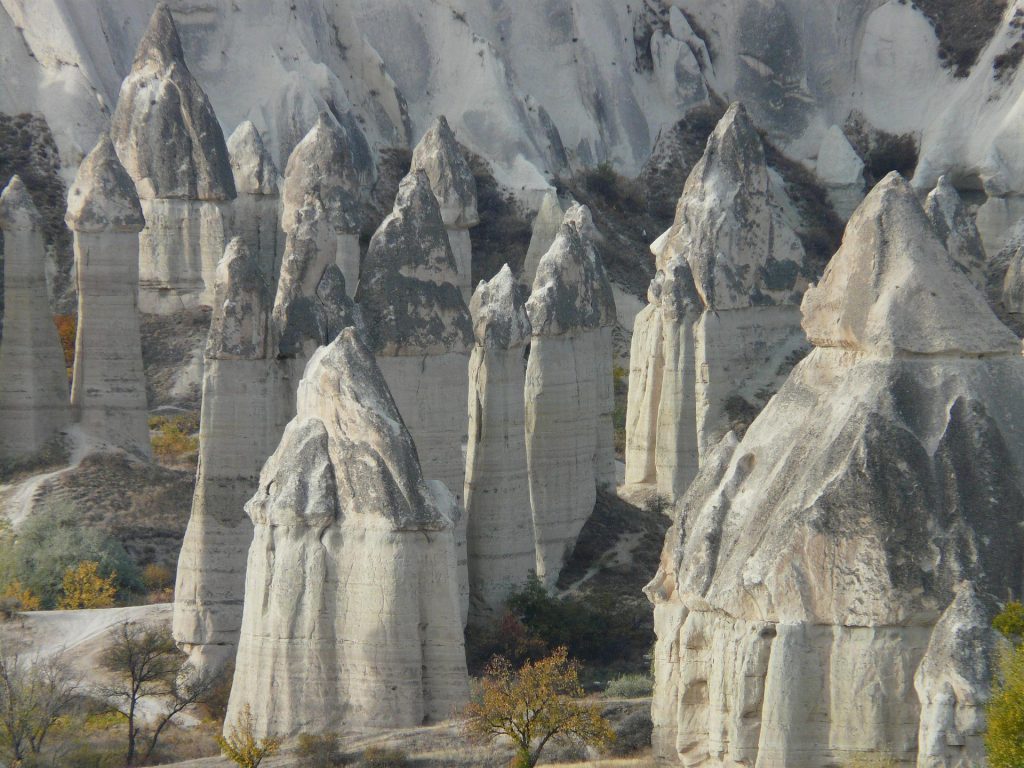 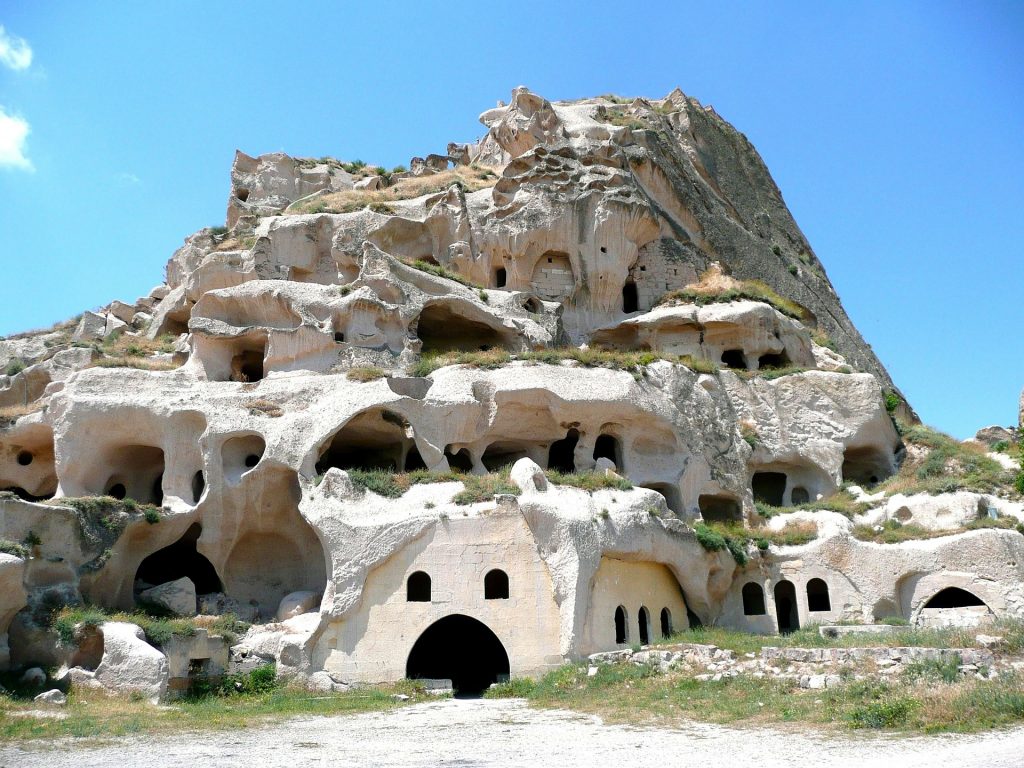 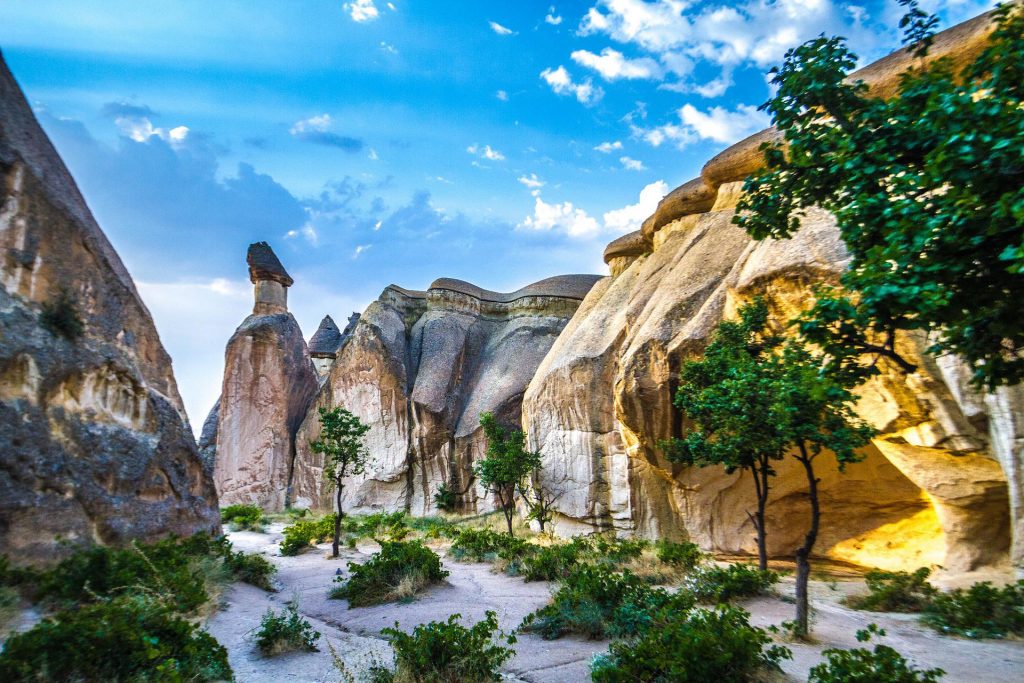 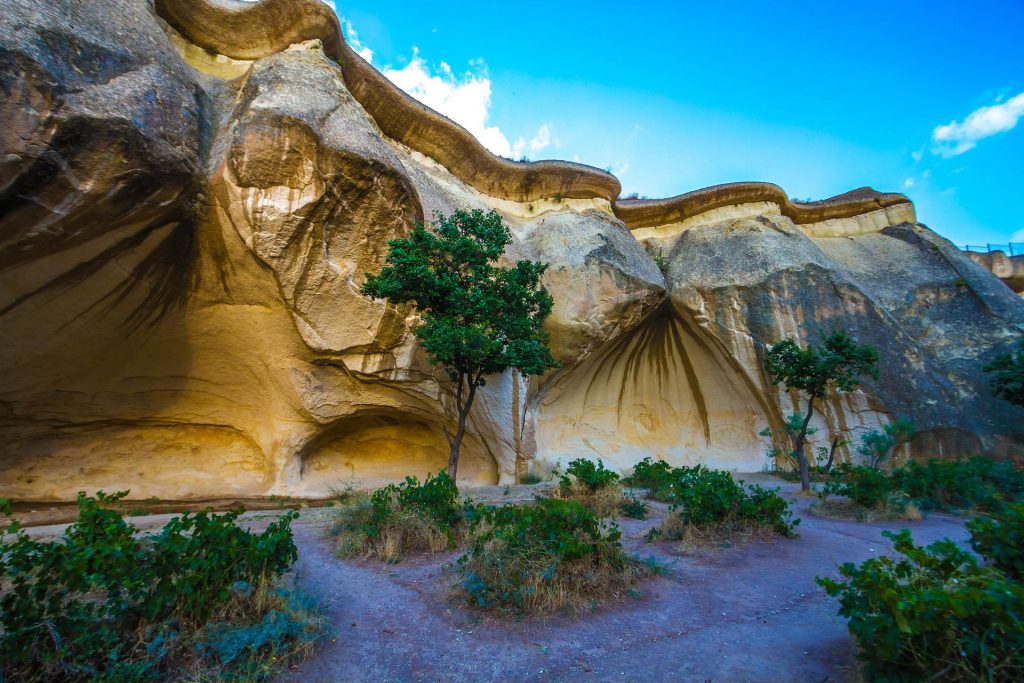 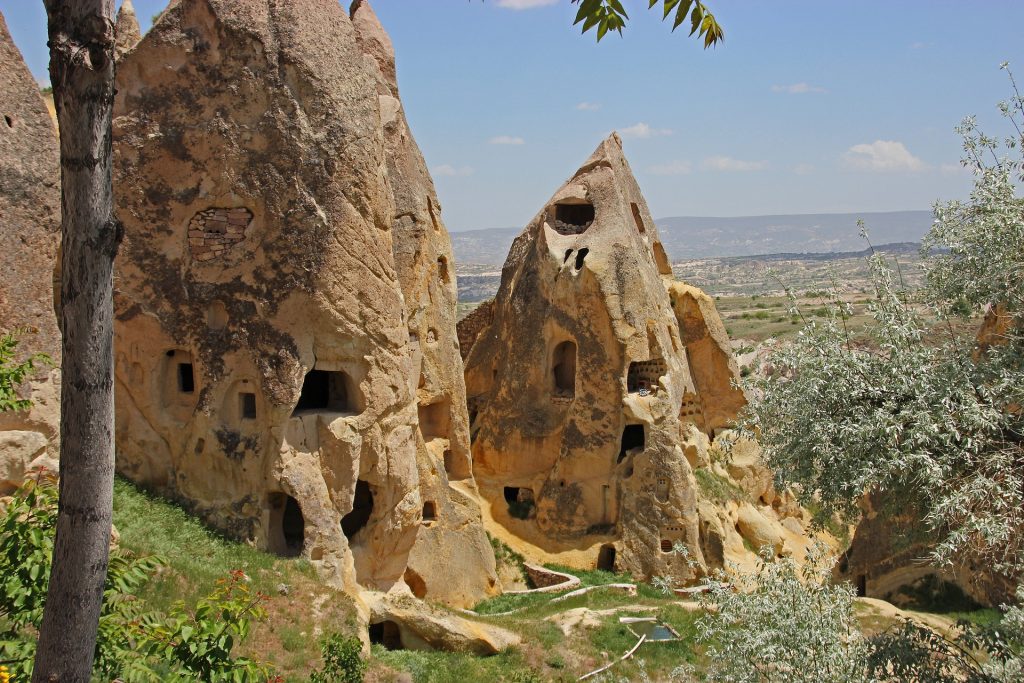 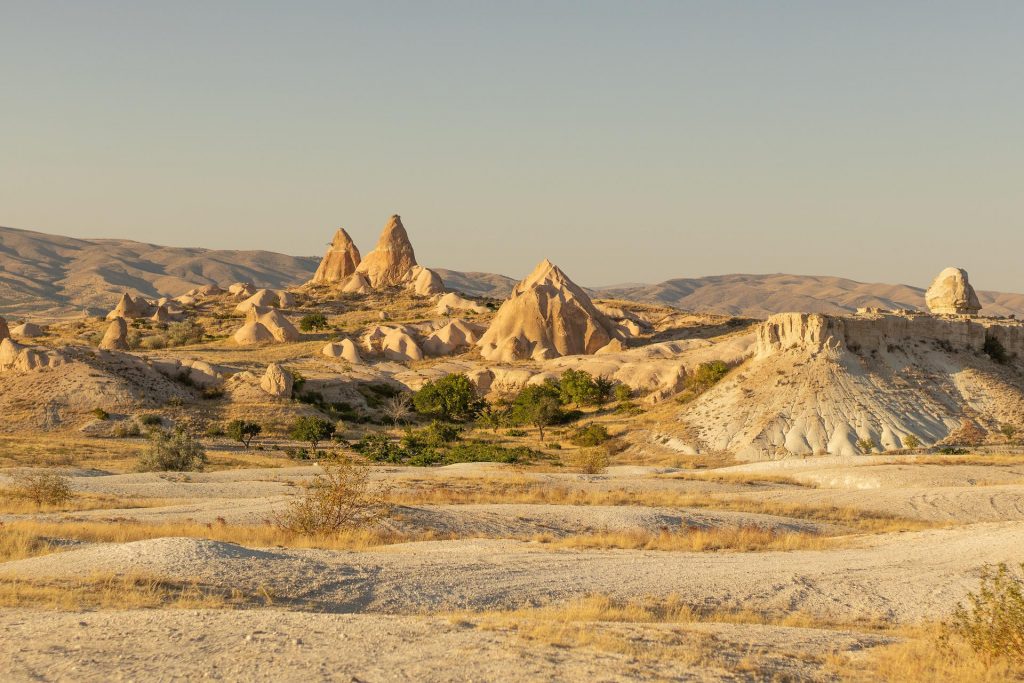 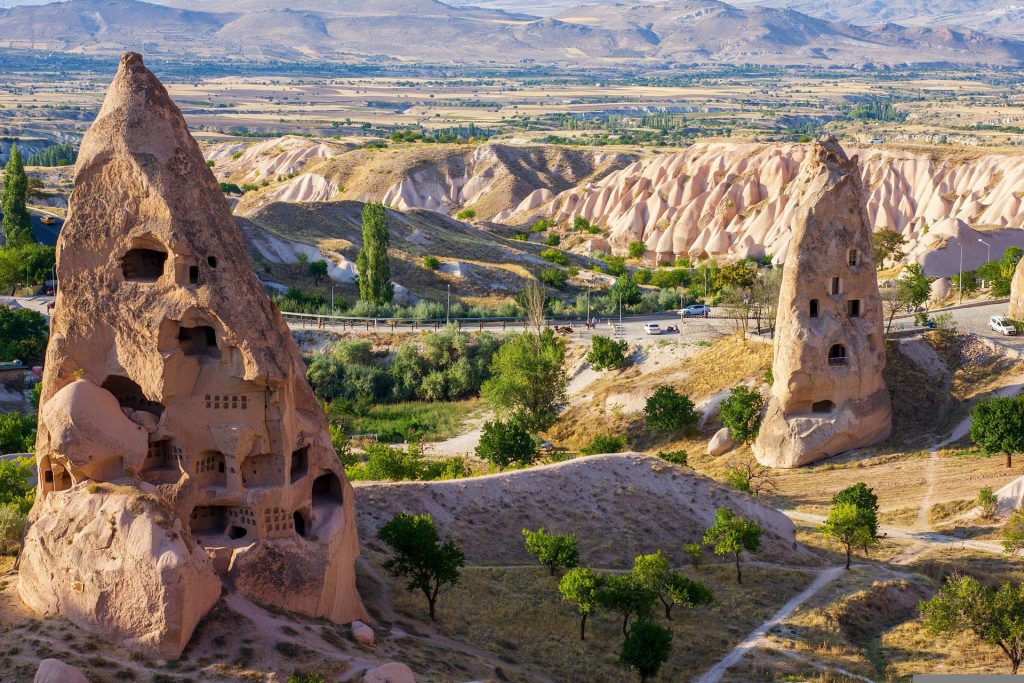 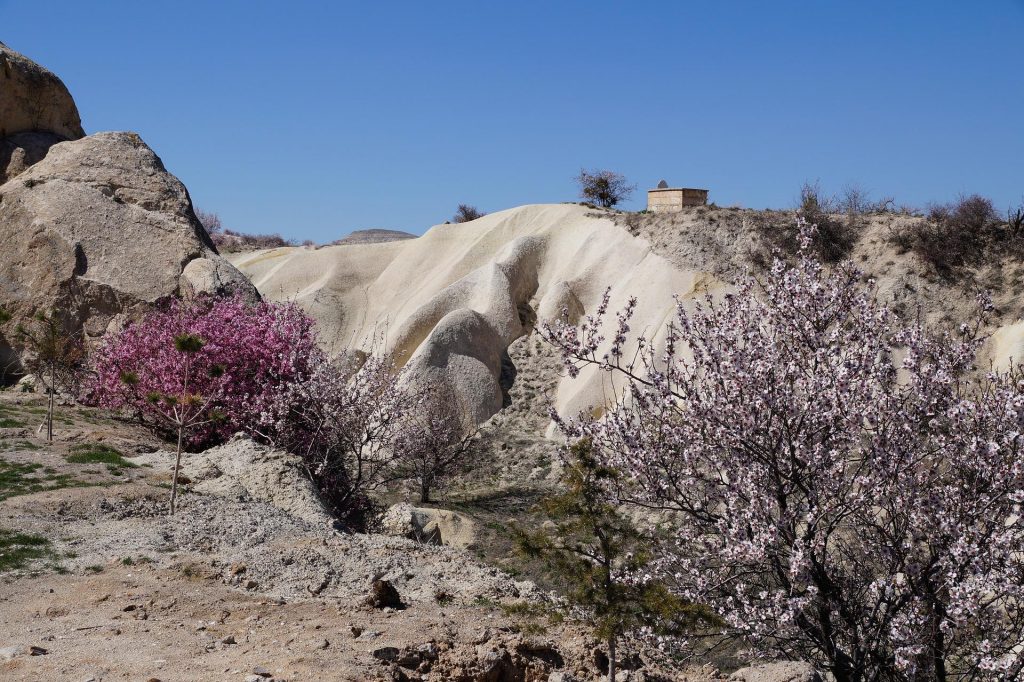 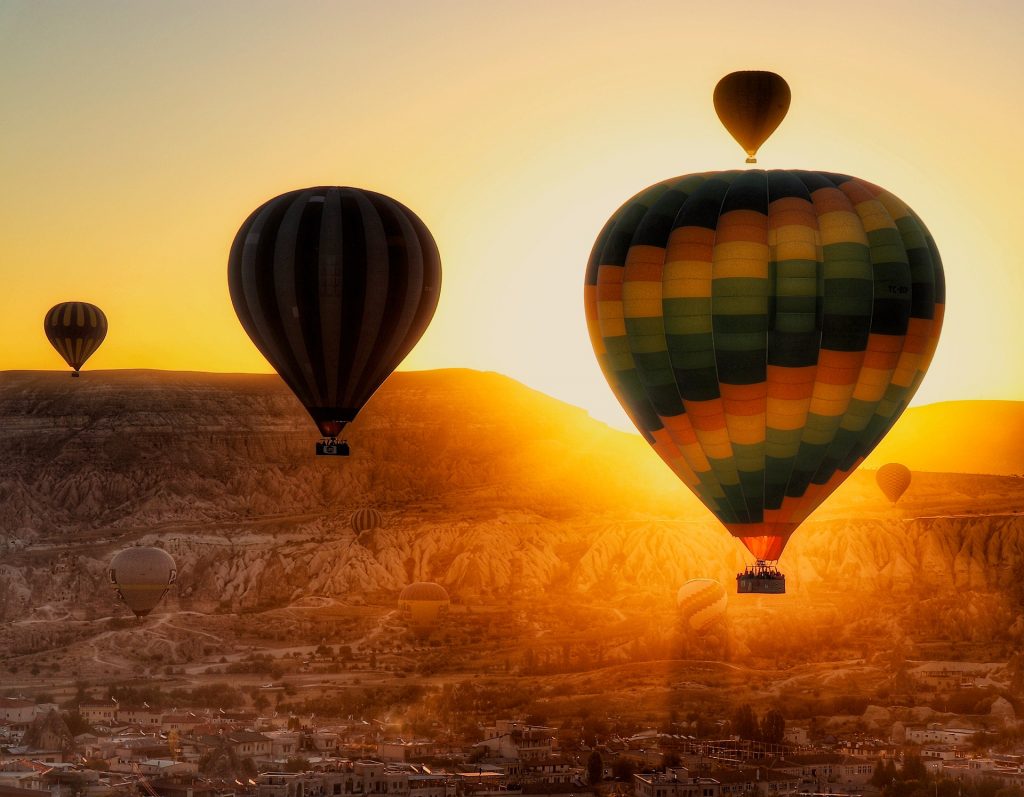 Cappadocia Red Tour is what you are searching for if you want to visit these stunning multi-color canyons that are full of caves and underground cities. A one-of-a-kind volcanic rock landscape and many other activities are what you should expect from this tour. If you have not seen this miraculous place yet, we can say that you have missed a lot. We can revive some of what we will see with pictures. we may have dreams.

What to see during the Cappadocia Red Tour?

What to expect during the Cappadocia Red Excursion?

Cappadocia Red Tour starts in the morning when a comfortable, fully air-conditioned, and modern bus will pick you up from your hotel. The driver along with your guide will drive you toward the first stop of this amazing tour, which is Uchisar Castle. Just before reaching the area, the professional and experienced guide will provide interesting information regarding the history and importance of this rock castle. Your first impression will be excellent as this area is the highest rock formation in Cappadocia. During your short break, you can enjoy excellent panoramic views over Cappadocia and snap some breathtaking photos.

The excursion continues toward the second stop which is the infamous Goreme Open Air Museum. This impressive open-air museum is definitely worth visiting since it is part of Unesco’s World Heritage List since 1985. You will have the chance to spend some time there and admire the imposing surroundings. More precisely, the open-air museum consists of churches that are built into rocks and carved chapels that date back to the early-Christian period. In addition, there is a monastery that back then was serving as an escape emergency resort in case of Roman invasions.

In Goreme Open Air Museum you will be impressed not only by the setting and the architectural style. In fact, interior design will also impress you. Very well-preserved frescoes can be seen inside the churches that trace their origins back to the 5th century. Your guide will explain everything you need to know about the area and answer the questions you might have. You will have free time in Goreme Open Air Museum for an hour. Your next stop is scheduled to be made at Love Valley to take panoramic pictures of the valley.

Cappadocia Red Tour continues with a visit to the Pasabagi Valley. The valley is the ideal place to observe and admire fairy chimneys and snap some pretty nice photos. It is also known as Monks Valley due to a small church that is dedicated to Saint Simeon and is situated in one of the three chimneys. The hermits that used to live there were inspired by his life and created isolation rooms inside the fairy chimneys. The Valley creates one-of-a-kind imposing scenery as you can understand Cappadocia’s formation.

What follows is a lunch break at a traditional Turkish restaurant. You will have the chance to enjoy a buffet lunch that includes a variety of tasty and freshly made options. Energized and relaxed, you will then return to the bus as your tour continues toward Avanos. The area was formed as the main point of terracotta arts in 2000 B.C in Hittite times. This small city was constructed right next to Turkey’s longest river, namely the Red River.

The people of Avanos took advantage of the area’s resources and became magnificent potters with unique creative skills. This tradition and art are still alive there and during your excursion, you will visit a traditional workshop. The potter will demonstrate in a step-by-step procedure how to produce terracotta pottery. At the workshop, you can also preview the amazing collections of products and you can purchase some great souvenirs.

The bus will then continue towards Devrent or Imagine Valley. This particular area is known for the rocks that are having an unusual formation. More precisely, the rocks that can be found in Devrent Valley often resemble the shapes of animals such as dolphins, snakes, and seals. The most outstanding and famous rock is the one that resembles a camel. During your time in the valley, you will surely have to put your imagination to work. Cappadocia Red Tour continues with the last stop in Urgup. There you can observe a unique rock formation that is the symbol of Cappadocia. The excursion ends by the time you reach your hotel.

What is the Cappadocia Red Tour Program?

What is included in the Cost of the Cappadocia Red Tour?

What other excursions can you do in Cappadocia?

From €35
/ Person Starting From
Need help with booking? Send Us A Message