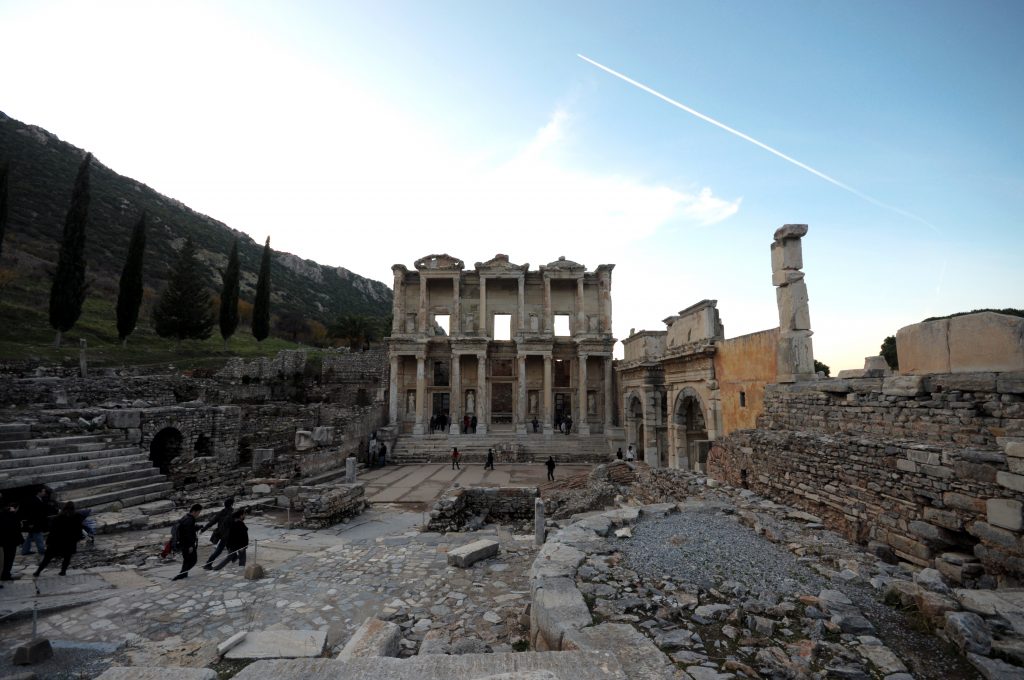 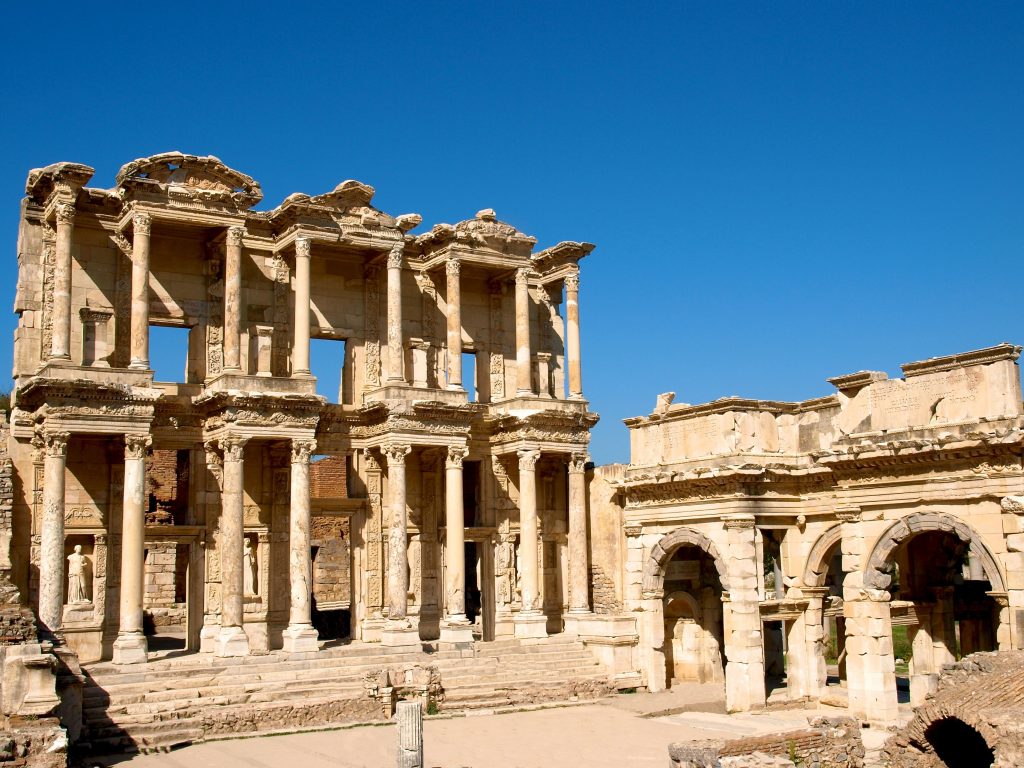 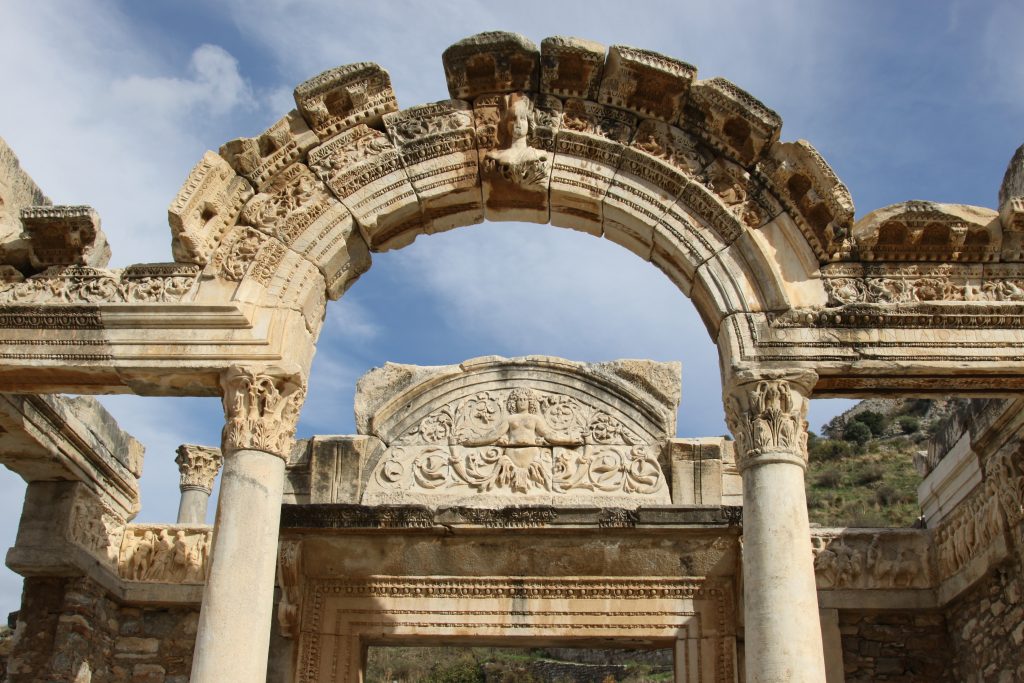 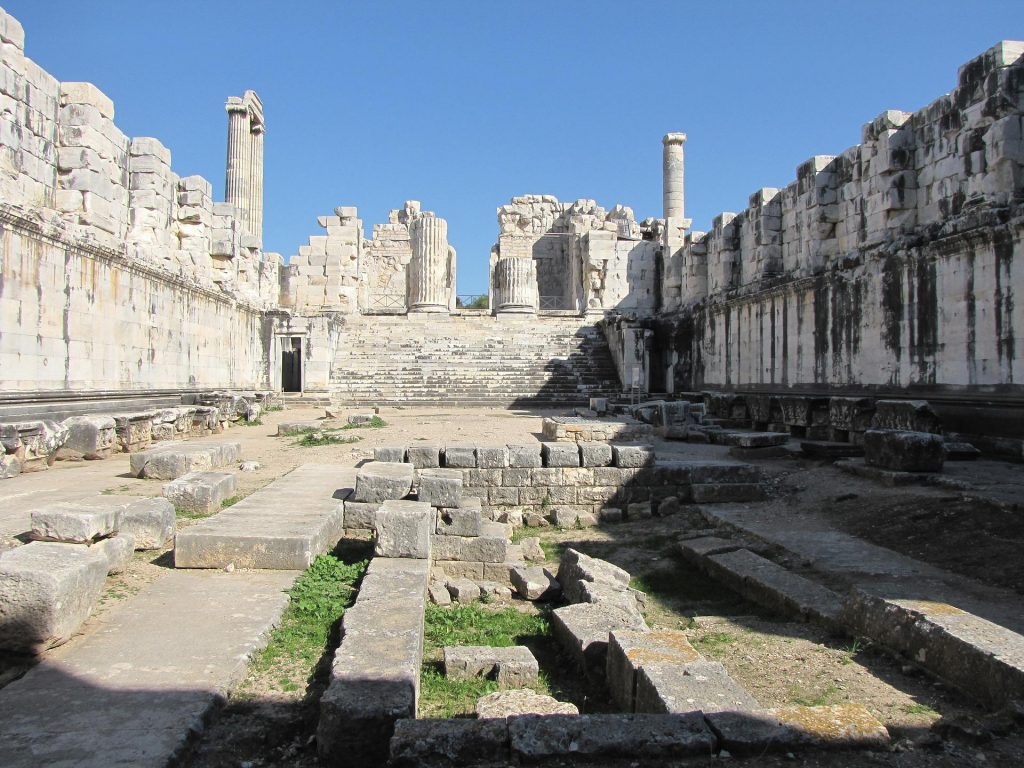 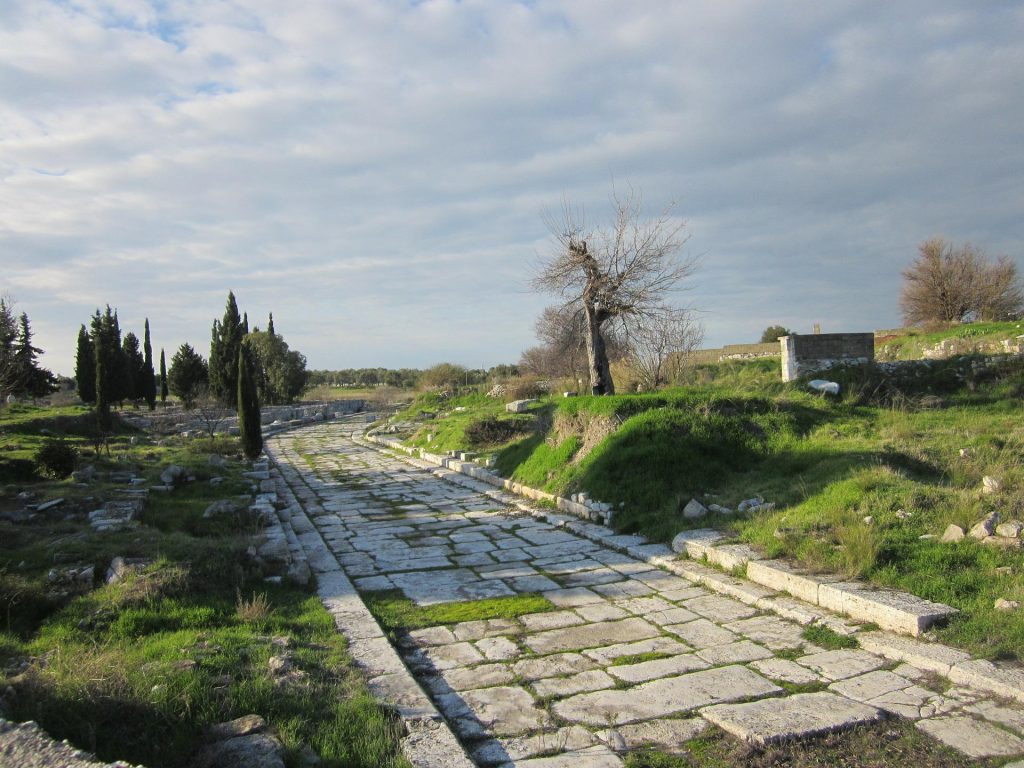 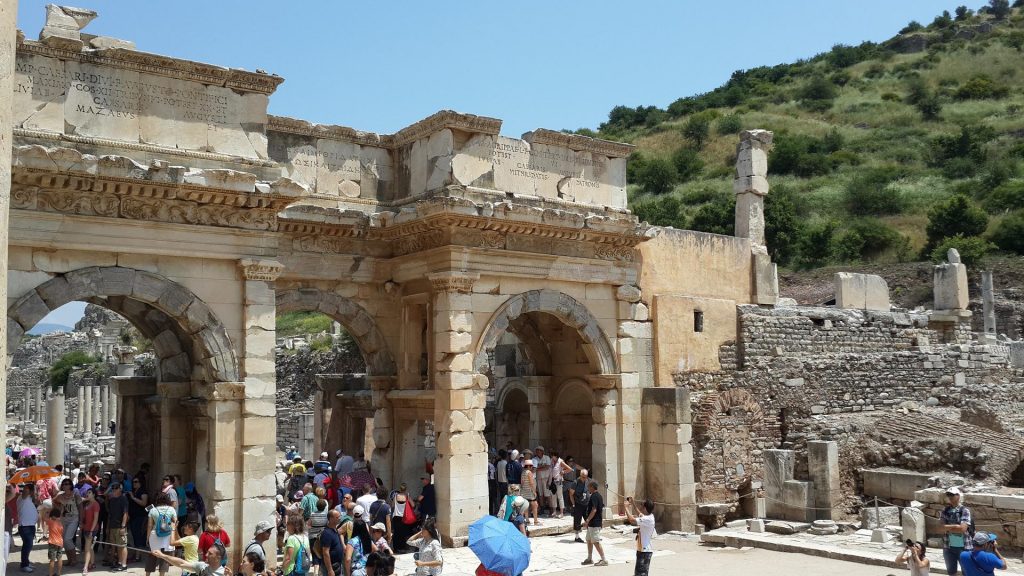 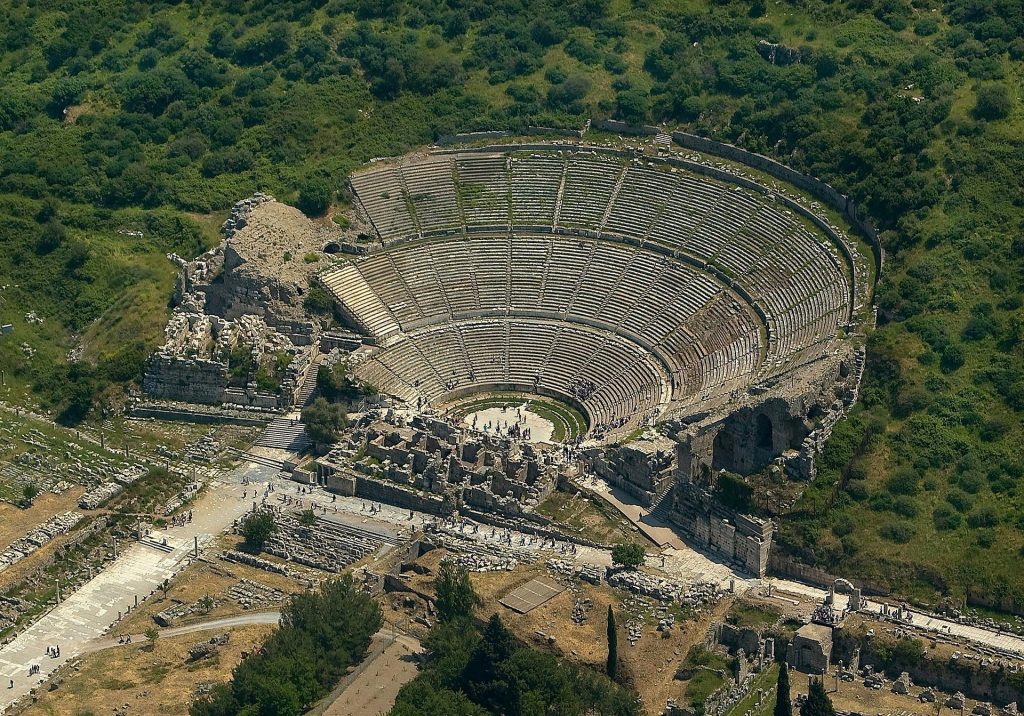 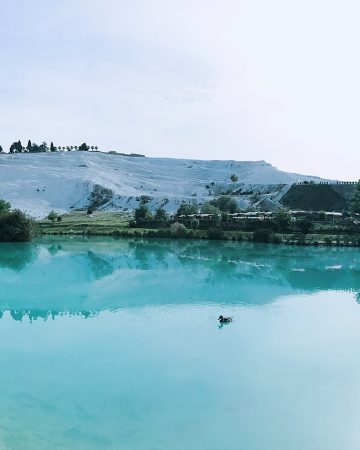 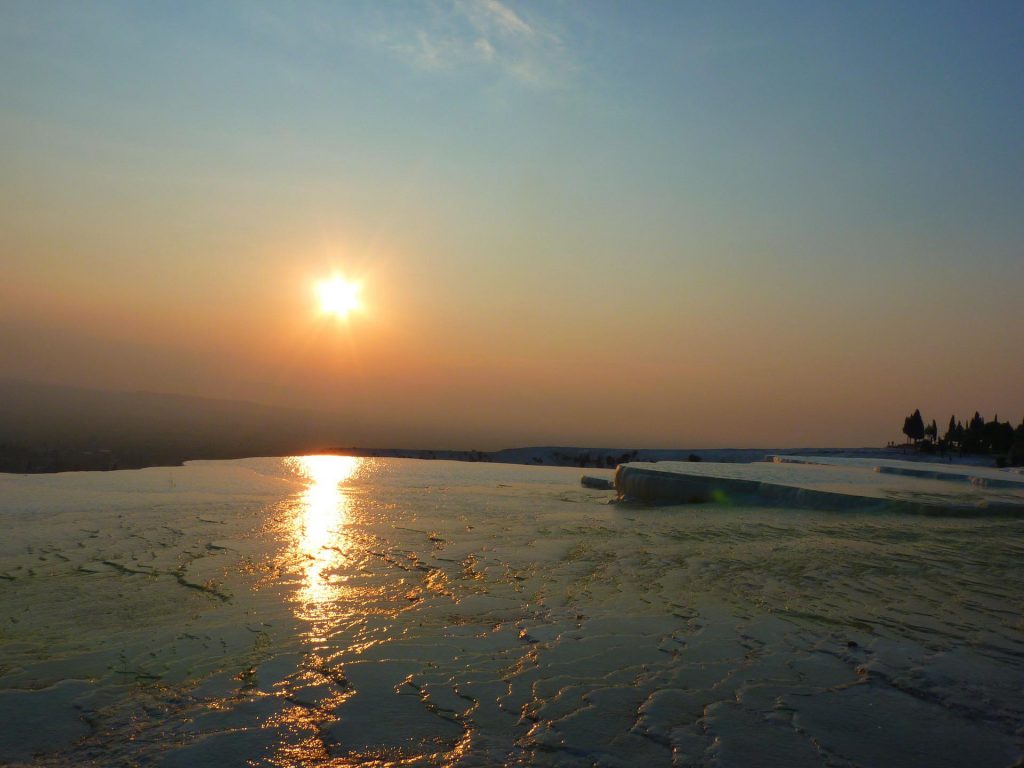 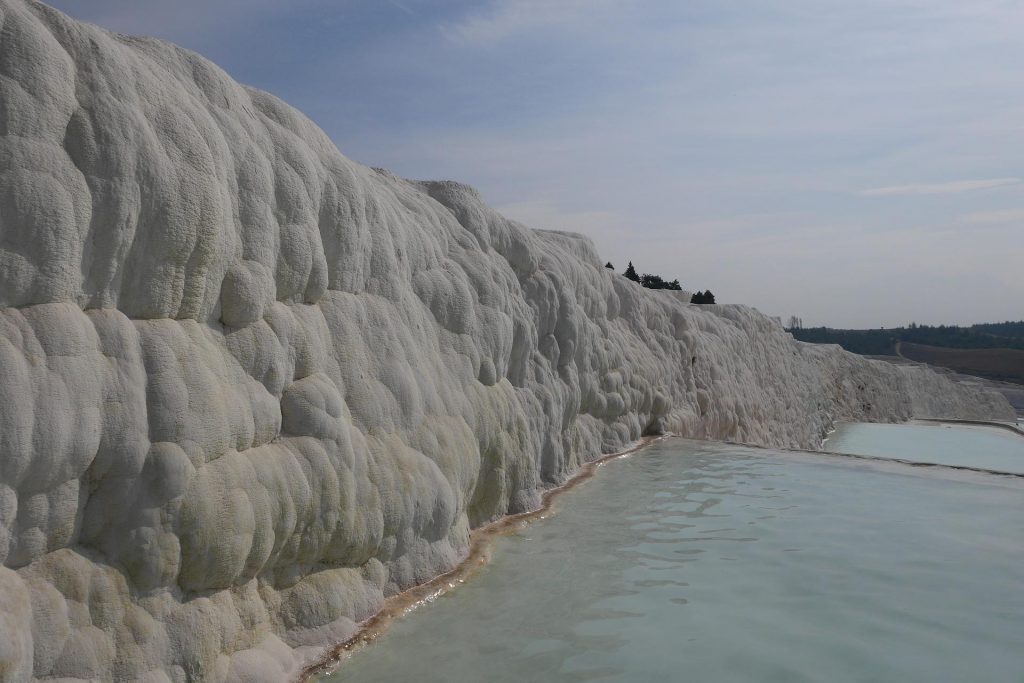 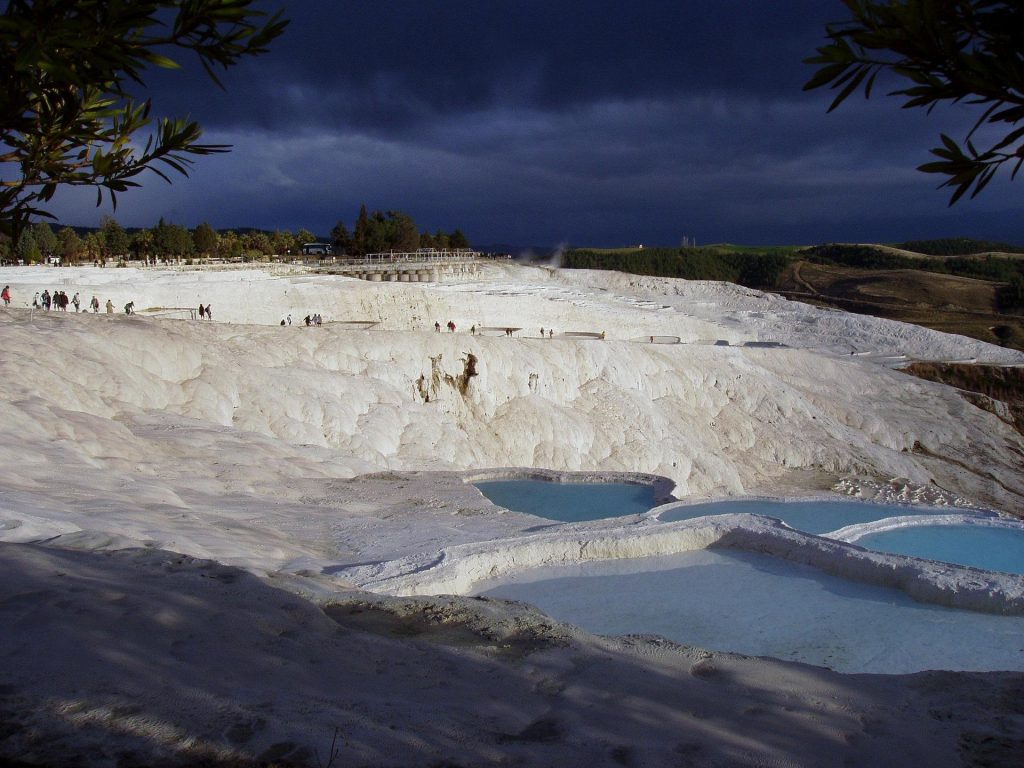 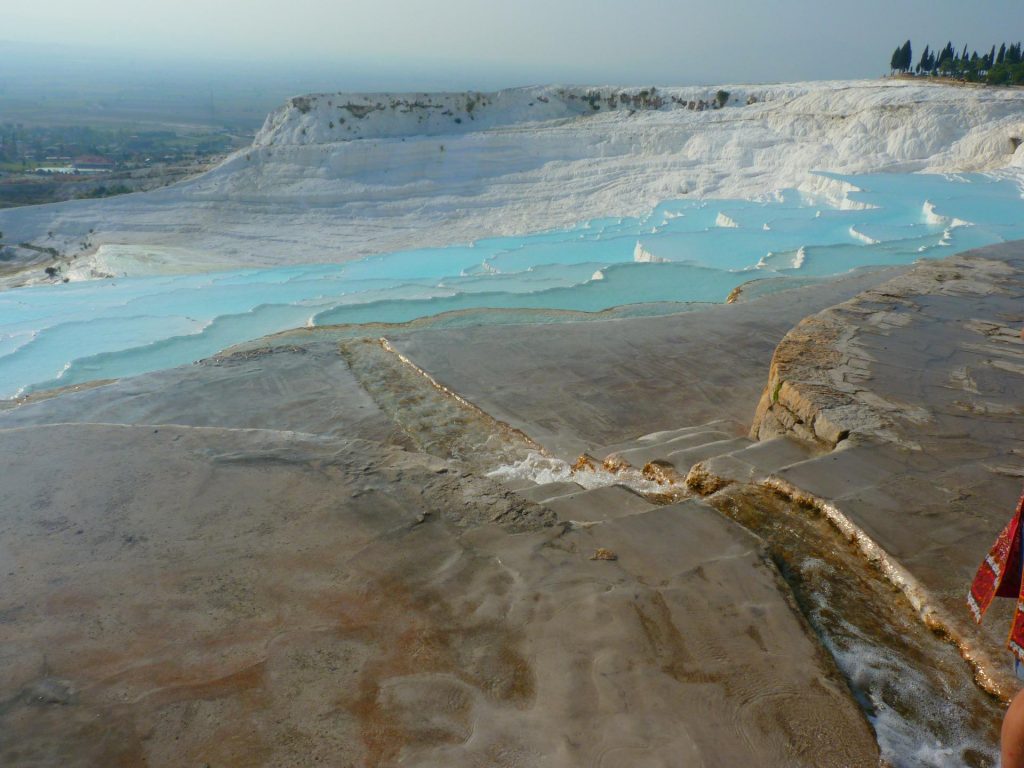 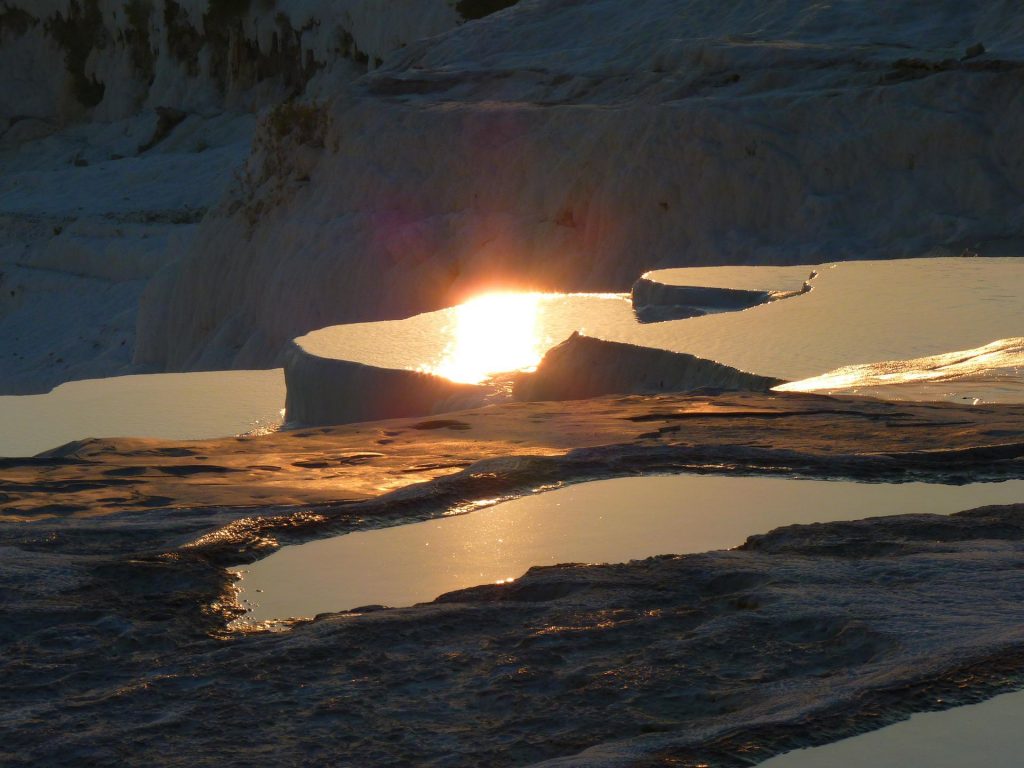 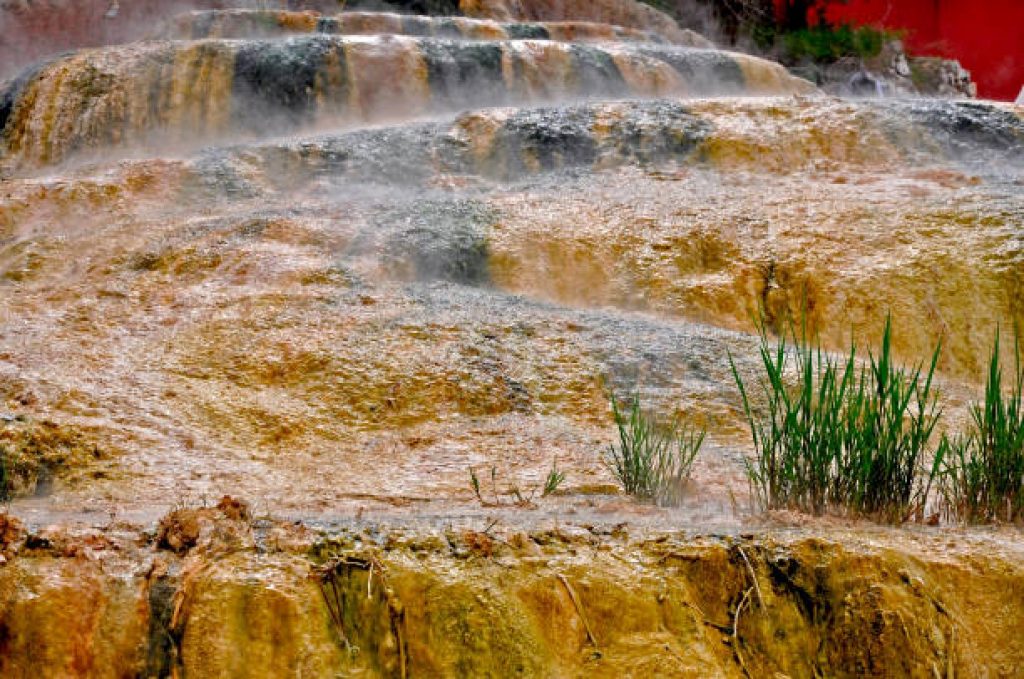 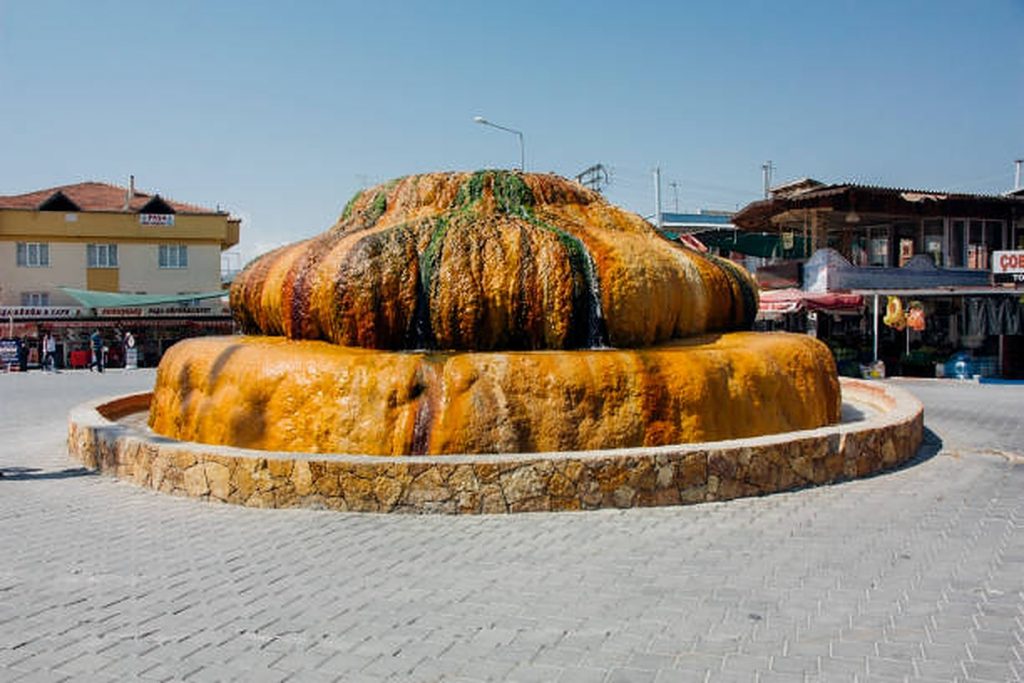 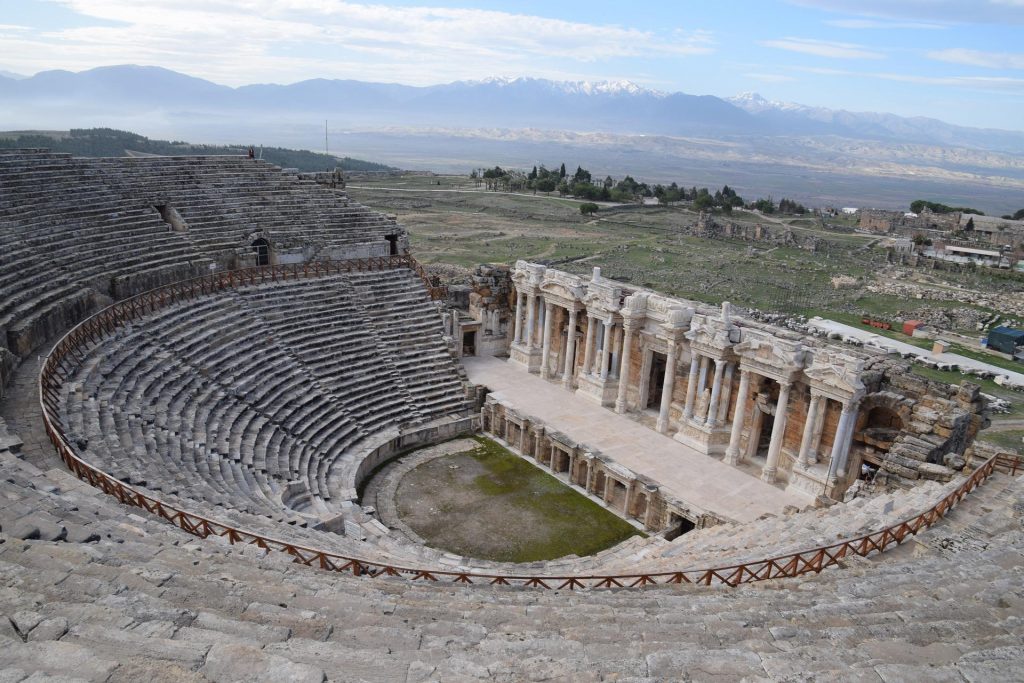 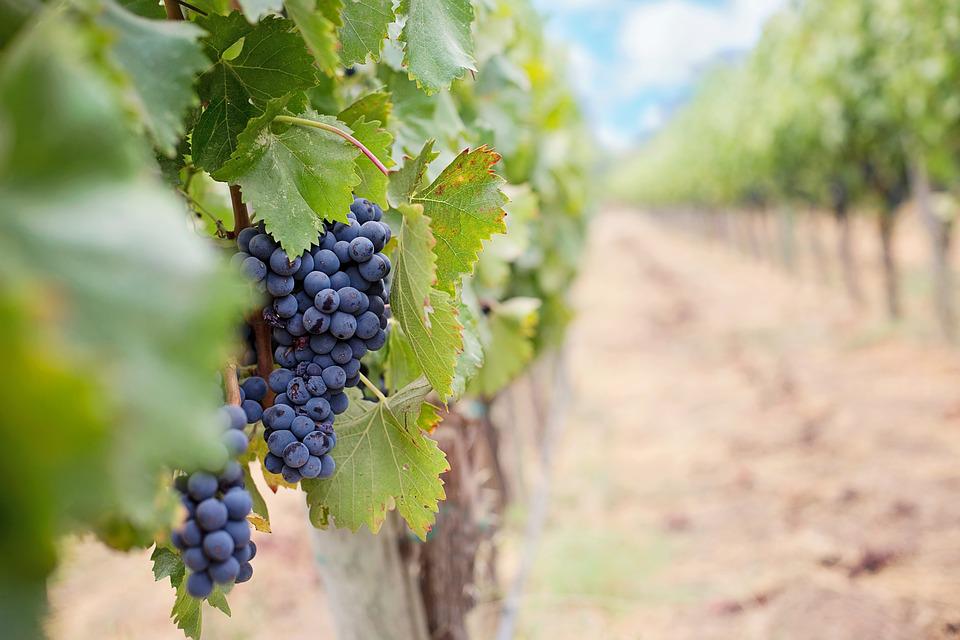 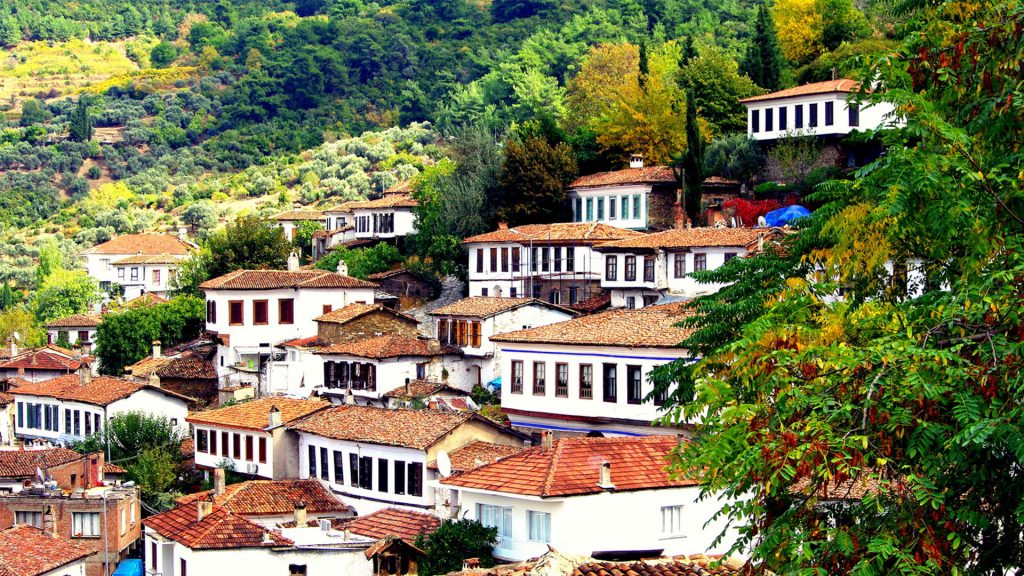 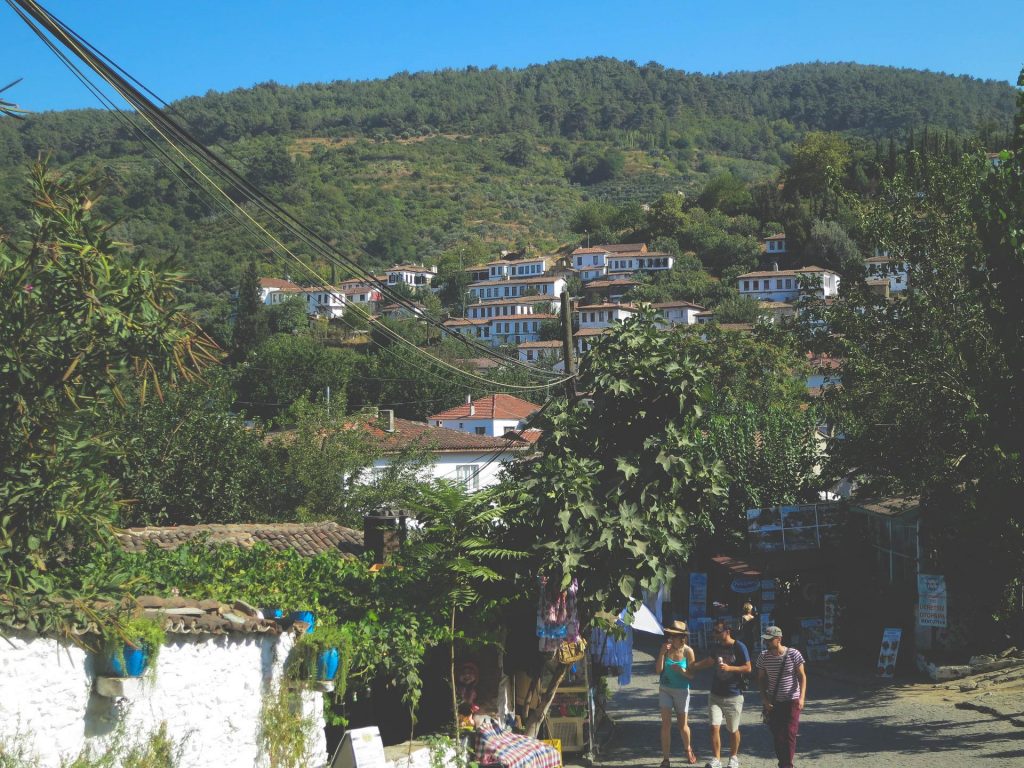 Additional activities to do during the tour with extra payment.

Season: Every day departure (All year round)
Departure Time: Will be mentioned by booking
Departure point: Izmir Airport and Izmir Hotels in the Center and Kusadasi
Ending point: Denizli Airport
Duration:  4 Days

After breakfast, you will be transferred to the starting point of our Ephesus tour. The first stop will take place at the Temple of Artemis. This site is characterized as one of the wonders of the ancient world due to its imposing size and design. Nowadays, visitors can only observe the ruins of this temple.
After that, we will visit Ephesus which used to be the second most important city after Rome during the Roman period and was entirely built from marble. Accompanied by the tour guide, you will walk around the marble streets, observe the ancient theatre, admire the enhanced aesthetics of the city and learn its history.
After a tasty lunch break, you will also visit the house of the Virgin Mary. It is located in a peaceful landscape and is the one the Virgin Mary chose to spend her last days. The last stop of the day will be made at Isabey Mosque. It is one of the most important mosques as it features unique Ottoman architecture.
The Ephesus tour finishes during the afternoon. After that, you will drive to your hotel in Kusadasi in order to spend your evening.

There’s still a lot of Turkey left, as you’ll see in this village life tour.
After breakfast, you will board your transportation and drive to the Menderes River Valley, where you will see the ruins of Ephesus in the distance. Although you will not be visiting the ancient city on this tour, your guide will share a brief outline of the city and its history.

You will continue to the hillside village of Sirince. The first inhabitants named the village Cirkince (ugly) in an attempt to keep foreigners from visiting. However, word of the village’s beauty reached the outside world, people did visit, and eventually, the name was changed to Sirince (charming). The town is best known for its houses and a variety of wines. The wines are made from fruits including apple, apricot, banana, blackberry, mandarin orange, melon, orange, peach, strawberry, and occasionally, wine grapes. As you approach the village, the road passes through vineyards, orchards, and olive groves, which is why it is sometimes referred to as the Tuscany of Turkey.

The village is a synthesis of Turkish-Greek culture; it was inhabited by many Greeks until the 1920s. After the Independence War, the Greek descendants returned to Greece and were replaced with Turks, many of whom had been living in Greece. Although the exteriors of the houses still reflect typical Greek architecture, the interiors have a distinctly Turkish flavor. Several of the houses have been beautifully restored and are open to visitors. In the courtyard of one of them is a nicely restored Orthodox church. As you stroll up and down the narrow cobblestone lanes between buildings of stone, wood, and plaster, with the scent of burning wood or the local orchards in bloom, have your cameras ready for village scenes of women weaving, men carving, a fruit market under a tree, or the local merchants tempting passersby with their fruit wines, hand-pressed olive oil, or local produce. During your walk, you will stop for an included taste of the homemade local wine and local pantry after that, you will drive approximately 3 hours to your hotel in Pamukkale in order to spend your evening.

The day starts with an excellent breakfast and starts with our tour in Karahayit to visit the red thermal pools before we will take your breath away with the spectacular natural beauty of the famous Cotton Castle Pools. The mountain has naturally shaped terraces with thermal water and attracts thousands of visitors every year. You can walk around and admire the serenity of the setting and snap some nice photos during your time there.
The tour guide will then take you to visit the ancient city of Hierapolis. This site used to be a healing spiritual center during antiquity due to the existence of the nearby hot springs. The tour guide will explain everything you need to know about the history of this place.
After the sightseeing, you will have some free time in Pamukkale. Take this chance to visit Cleopatra’s Pool, an ancient thermal pool, where you can swim at an extra cost.
By the end of the tour, we will transfer you to the Airport in Denizli or Bus station.

Expand/Close
How can I book this tour?

Please fill out the booking request form. Our team will get back to you within 4 hours. The tour will be confirmed by the Moonstar Tour sales department at the reception of the online booking or online payment. Please provide always all the correct information for easy processing.

What makes us unique?

One thing that sets us apart from other tour operators is that we’ve built our own packages and tours. Many agencies force you to deal with multiple people during the booking and holiday process, which makes it impersonal. Moonstar Tour Team will deal with you from beginning to end.
At Moonstartour, we strive to earn repeat business from you! From our travelers, we love that they recommend us to their friends and family. All referrals are extremely valuable to us and we know that we have to work diligently to deserve them.

For Direct Customers
There are so many adventures waiting for you, by reservation, 30% of the total cost is due once the trip and cost have been approved by both parties. The full amount may also be paid at this time. The remaining balance is due upon arrival/check-in. This applies to any of the seasons and guarantees the trip.

For Travel Agencies
Moonstar Tour requires full payment of the tour at the time of reservation once the trip and cost have been approved by both Moonstar Tour and the Travel Agency. This applies to any of the seasons and guarantees the blocking of the trip.

The deadline for canceling a reservation is as follows:
If payment is made and the customer, due to outside circumstances, cannot make the trip, the reservation can be postponed, without penalty charges, and can be rescheduled at a later date. No changes can be made to the original reservation upon rescheduling.
Deadlines for cancellation with a refund: One (1) week prior to the date of your tour
Last Minute Cancelations
Full payments or deposits will not be reimbursed for last-minute cancellations by either direct customers or travel agencies.
No Show
In the event of a No-Show by either a Direct Customer or Travel Agency, no refund shall be given.
In case of fortuitous events or Acts of God, management will assess the situation and decide upon a course of action. If a reimbursement or discount is agreed upon, the amount will return within the time specified by management. The Direct Customer or Travel Agency is responsible for all/any bank charge that may apply to the transaction.

Reservations will be guaranteed within the down payment for Direct Customers or full payment for Travel Agencies. We accept electronic money transfers, bank deposits, and all major credit cards including Visa, MasterCard, American Express, JCB, Discover, and Diners Club.

Payment can be made by sending a scanned copy or clear photo of the deposit slip to [email protected] / [email protected] or WhatsApp at +905496426422 along with the following information:
Company Name or Individual holder of the reservation
Names of those in party
NIT or identity card
City of issue of the document
Residence address
Telephone number
E-mail
After verifying the information, our sales staff will book the reservation.

The process for refunding a deposit is as follows:
In the event of a refund, the Direct Customer or Travel Agency is responsible for covering any bank charges. 10% of the total payment will be withheld to cover this cost.
The Customer or Travel Agency must submit a written request for a refund along with the reason(s) for the reservation cancellation. Please specify the account number to which the money shall be refunded and the name under which the reservation was made.
Please allow 5 to 8 business days to process the refund request.
If the cancellation of the reserve corresponds to an event, it will be done according to the specifications and conditions agreed by both parties in the contract.

Moonstar Tour uses Google Analytics and Google Tag Manager. This means through these tools personal data such as Cookies and Usage Data are gathered for site performance and usage purposes. This data is anonymous and we do not personally store or sell any data collected through the use of these Google Products. Village of Sirince Off Shore Tour from Kusadasi Port 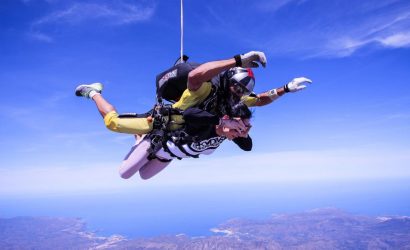 Daily Skydiving in Kusadasi and Ephesus. 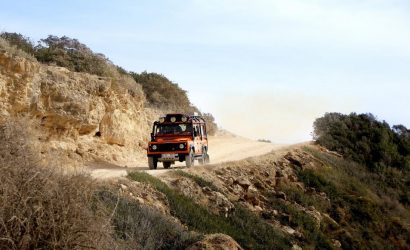 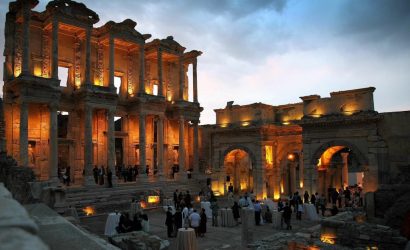 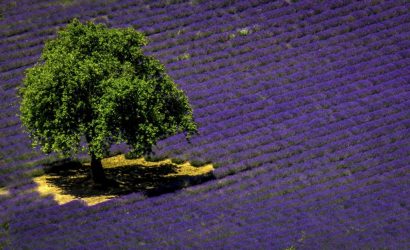 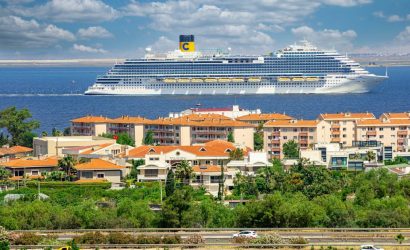