Home>Blog>Genel>Which are the Must-do Excited Excursions in Istanbul?

Istanbul is one of the nicest cities for a city trip and is buzzing in every way. There are so many sights in Istanbul that you will not be bored for a second during a weekend away. To get the most out of your weekend you get up early in the morning. This is not a city to relax in but to be active. There is so much to discover!

Spending time on the water with a Bosphorus Cruise

One of the most exciting things to do in Istanbul is to do the Bosphorus by boat. There you do have several options to enjoy it:

Once you dive into the enormously covered market site of the Grand Bazaar in Istanbul, everything comes to you: scents, colors, and sounds. You will find dozens of small streets and hundreds of shops. Turkish herbs, gold jewelry, or accessories. You have to bargain and negotiate the price. It is a game, but that is part of it. Although most stalls in the Grand Bazaar sell the same things and are not exactly distinctive, it is definitely worth a walk over it. You immediately get a good picture of the liveliness of the city. Going to Eminonu Square and visiting the Spice Bazaar is one of the best things to do in Istanbul. The courtyard of the New Mosque, which has become the symbol of Eminonu, is the point of feeding pigeons like the courtyard of St. Mark’s Square in Venice.

Cross the Galata bridge over
Water cuts the city in two, there are also several bridges that connect the pieces of land. And some of those bridges are an attraction in themselves. The Galata Bridge, for example, is the nicest place to cross the Golden Horn. It is much more than just a bridge. There are two layers: the traffic takes the top layer, but on the bottom layer you will find dozens of fish restaurants. The fish is caught fresh by fishermen on the bridge and is lying on your plate minutes later. Certainly, in the evening it is pleasantly busy around the Gatala bridge, but it is also wonderful to cross the water here during the day. The view is great: the minarets of the famous mosques in the old town stand out everywhere. It makes Istanbul a beautiful skyline.

Visit the best of the two sides in Istanbul.

Istanbul is a huge city, you can still do a lot in Istanbul: you can discover the best sights on foot. The most beautiful city walk takes you through the Eminönü district along the Topkapipaleis, Hagia Sophia, the Sultan Ahmetmoskee, and the Grand Bazaar, which are a stone’s throw from each other. So put on shoes that you can walk on and keep your camera in the attack,

Climb the Galata Tower
At a height of 61 meters, the Galata tower is one of the most striking structures in the Galata/Beyoğlu district. It is one of the best things to do in Istanbul. The stone structure dates back to the 14th century and is still perfectly upright. The Galata Tower has had various functions over the centuries, including those of prison and observatory. The most important function, however, was that of a watchtower for the fire brigade.

And as one of the top exciting excursions to do is visiting a Historical Turkish Bath.

Going to a Turkish Bath is one of the most fun things to do in Istanbul. If you are interested in history and architecture, Istanbul has two historical baths that have been successfully restored in the recent past. These are Ayasofya Hurrem Sultan and Kilic Ali Pasha Hamams. Both Turkish Baths were built in the 16th century by Sinan, the most important architect of the Ottoman period. In addition to these, Cemberlitas, Cagaloglu, Suleymaniye, and Galatasaray Hammams are among the best historical baths in Istanbul. 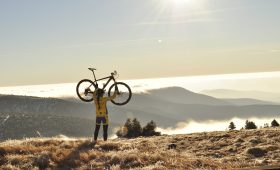 What about cycling during the winter in Turkey? 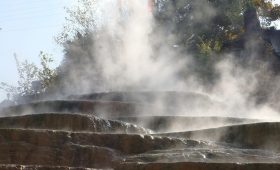 Is a Guided Visit to Pamukkale Worth doing it? 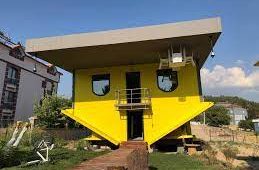 What about the Up side-down house at Pamukkale?